Based on count 1390
View all reviews

As a visitor to a public place you have a legal right to be kept safe, but if you have suffered injury as a result of an accident in a public place then you may be able to claim compensation. Call our legal team on 01616 966 229.

Accidents can happen anywhere but often members of the public can suffer injury in a public place through the negligence or misconduct of others. When this happens, the victims are entitled to compensation.

Wherever the day takes you it is the duty of the proprietor to ensure that you are safe whilst on their premises. These grounds may be a retail, restaurant or bar environment. You might be in a park or a playground with young children or any number of other environments, including your place of work or simply walking down the street.

Accidents in public places - No win, no fee

If you suffer injury as a result of an accident which someone else was either fully or partially to blame for then you could be entitled to compensation. Whether the injuries sustained are cuts and bruises, broken bones, life-threatening or even fatal a call to our expert accident solicitors is all it takes to find out if you have grounds for a compensation claim.

Clients who choose to pursue accident compensation claims with Stephensons benefit from highly specialised legal services from experienced and hard working personal injury lawyers. But in addition to expert legal representation our clients benefit from a simple, straightforward working mentality. We pride ourselves in delivering no nonsense legal advice and clients can always be sure of the status of their case.

Since accidents can strike at any time, in any place, no two personal injury claims are the same, but our solicitors deliver bespoke legal expertise and ensure that all of our accident compensation claims are tailored to the individual needs of the client and the nature of their injuries.

It all starts with a simple conversation, so if you have been injured in a public place, because of an accident that wasn’t your fault give us a call on 01616 966 229.

Do I have a claim for compensation following an accident in a public place?

For a claim to be successful, the injured person (the claimant), needs to establish liability against their opponent (the defendant) and prove causation and loss.

To establish liability, it is necessary to show that someone else was either fully or partially to blame, for the accident, by way of their negligence or breach of a statutory duty. This will be a matter for your solicitor to assess based on the information and documentation available.

A claimant must evidence that the negligence of the defendant was directly responsible for causing their injury and resulting losses.

A claimant must show that the they have sustained a loss as a result of the defendant’s negligence and that it was reasonably foreseeable that such a loss would be incurred by this type of incident.

One of our recent clients said - "I submitted to Stephensons all my information regarding a trip accident on council property. I felt confident from the start to leave everything in their hands. They arranged medical and MRI scans and pursued the defendants for timely replies. I was kept informed of progress at all times even through a change of personnel. Stephensons secured a financial settlement that I believe I would not have achieved had I fought my own case. I am grateful for their expertise and professionalism."

Here are some recent examples of cases our team have handled after people were injured in public places:

Client awarded £12,500 after fall from a highchair

The claimant, aged 1 year old at the time of the accident, was using the creche facility at the defendant’s premises and therefore, under the care of the defendant. The claimant was placed in a highchair in order to have his lunch. When the he had finished his lunch, a member of nursery staff came over in order to take him out of the highchair. She unclipped the safety belt and the tray which was attached to the highchair.  However, as she did so, she heard a cry from another child. As she turned around to see which child was crying, the child pushed the tray forwards, which caused the tray and child to fall to the floor. He landed face down onto the tray and caught the left side of his chin on a ridge which was on the tray. He sustained a laceration, 1.5 inches in length, to the left side of his chin.

He was taken to hospital immediately after the accident and the laceration was treated with steri-strips and dressing.

He was left with a permanent 4.5cm x 4mm which was pink in colour. As he reached teenage years he became conscious of the scar and felt uncomfortable in social situations. He gradually began to suffer from feelings of anxiety, depression and loss of confidence. He felt negatively judged when meeting new people.

Expert evidence suggested that the scar would gradually fade 5 – 10 years from the date of examination but may become slightly more obvious when the claimant develops beard growth and general loss of elasticity and wrinkling as he gets older. It was considered highly unlikely that surgical revision would improve the scar and instead, treating the scar with some pulse dye laser was recommended, which would reduce some of the pinkness. It was suggested that there was a greater than 50% chance that this treatment would speed up the maturation process.

It was suggested that the claimant’s psychological symptoms would benefit, on the balance of probabilities, from CBT or a similar therapy.

The claimant visited her local Primark store. As she was proceeding through the store, her left foot slipped backwards on a coat hanger which had been left on the floor. She fell forwards and landed on her face and right arm.

After Stephensons proceeded with the case against the property owners, the case was settled and the claimant received £9,000 compensation.

Client awarded £1,900 settlement for soft tissue injuries after falling over a pothole

The claimant was walking along the street after getting off a bus when his left foot suddenly fell into a pothole. He managed to stop himself from falling by putting his left hand out against a white van which was parked alongside the pavement.

The claimant suffered soft tissue injuries to one side of his body. The expert opinion was that the claimant would recover fully from his symptoms one month after the accident.

After Stephensons proceeded with the case against the property owners, the case was settled and the claimant received £1,900 compensation.

The claimant was getting out of his car having arrived on the supermarket car park. As he did so, he took a step forward in order to close the car door and his left foot slipped forwards on a patch of black ice causing him to fall straight to the floor with his right leg trapped underneath him. Two members of the public assisted the claimant to stand and then left the scene. The claimant then attempted to walk back to his car when he slipped again on the ice landing on the base of his spine.

After Stephensons proceeded with the case against the property owners, the case was settled and the claimant received £4,500 compensation.

Client awarded £1,500 after a glass shelf fell on her foot

The claimant was browsing in her local department store in the gentleman’s section when she saw a bag which was located on a glass shelf, approximately five feet from the floor. The claimant reached up and undid the strap on the back to check if it had a magnetic clasp. As the claimant was facing the shelf she turned her upper body towards her husband, who was on her left, in order to show him the bag.  Without warning, the shelf which the bag had been on suddenly fell from the bracket and the front edge of the shelf landed on the claimant’s left foot.

The claimant sustained bruising, swelling and abrasions to her left foot. The claimant recovered from all her symptoms within two months post accident.

After Stephensons proceeded with the case against the property owners, the case was settled and the claimant received £1,568.56 compensation.

4.5out of 10
Trustpilot logo4.5 score on Trustpilot Based on count 1390
Stephensons

It has now been four months since the government changes to low value road traffic accident claims were introduced, and the Official Injury Claims (OIC) website launched, on 31 st May 2021. The changes not only reduced the amount of compensation due...

The national law firm, Stephensons has been shortlisted in three categories at the forthcoming Modern Law Conveyancing Awards . Stephensons is in contention for Regional Conveyancing Firm of the Year – North of England, as well as National... 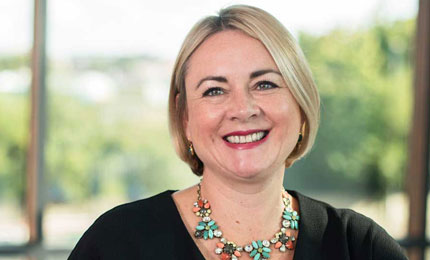