Running a business is rewarding but brings with it many challenges. Working in partnership with other directors, partners and shareholders allows you to grow your business more quickly, but what happens when there are disagreements between you?

We understand that things don’t always go to plan, and the burden of statutory responsibilities as well as the protection of the interests of the business and those running it can occasionally lead to dispute.

Looking for advice in connection with a director, partnership or shareholder dispute? Speak to a member of our team on 0203 816 9303 and we’ll guide you through your next steps.

How our solicitors help

Our commercial litigation team has years’ of experience in sensitively handling and resolving in confidence director, partnership and shareholder disputes. Working closely with local businesses, we recognise early the issues that may arise and provide professional guidance, avoiding court wherever possible and keeping your business on track.

We always recommend that businesses put in place partnership or shareholders’ agreements wherever possible, which helps to resolve disputes much more quickly. However, whether or not you have signed agreements, our team will efficiently identify the problems with you, look at what you want to achieve and advise proactively as to your options.

Quick resolutions avoid business stalemate, and our team looks always to settle the dispute in a way which allows the parties to move forward.

Our commercial litigation team is supported by corporate and commercial practitioners, enabling Stephensons to deliver a full solution in handling your director, partnership or shareholder dispute where, for example, share transfers or sales are required to finalise a negotiation.

Need to put a partnership or shareholders’ agreement in place? Find out more.

Our specialists advise in disputes relating to:

We have advised partnerships such as those within the legal, accountancy, medical, veterinary, dentistry, surveying and architectural sectors, and limited companies of a huge range from manufacturing to service, retail and leisure.

Our client was the majority shareholder in a successful company. A fellow director and shareholder had left the business and claimed to have been unfairly prejudiced by the remaining shareholder.

Our clients wanted to buy the exiting shareholder's shares, as there was investment in the business and the value was likely to increase.  Our team obtained favourable valuation evidence from an independent accountant which we used to successfully negotiate with the exiting shareholder. The shares were bought for a substantial discount and the company could continue with minimal disruption.

In some cases, where an immediate purchase of the shares can’t be made, our team will also advise on options that will allow a case to be concluded, such as deferred consideration.

How are shareholder disputes resolved?

A successful working relationship between business owners is paramount to a successful and profitable business. If this doesn’t exist or becomes lost, disagreements and a breakdown in communication can occur. If there has been a relationship breakdown this may require the professional help of a solicitor to allow the running of the business to get back on track. Shareholder disputes are, unfortunately, not an uncommon occurrence and usually happen when a minority shareholder is unhappy with how a majority shareholder is running the company, whether that’s general day to day management or a big decision for the company’s future, or when two equal shareholders cannot agree on the management of the business.   We pride ourselves on the ability to advise on shareholder disputes effectively by working closely with local businesses and often avoiding the intervention of the courts by efficiently identifying problems and resolutions with you.

Can shareholders overrule the board of directors?

This would depend on what is stated in the company’s articles, whether a shareholder’s agreement is in place and the numbers of shares held by the shareholders. If, as is usually the case, it states that the managing director has the final say when it comes to decisions and doesn’t state anything about the shareholders power to overrule a director’s decisions, then it isn’t very likely that they would be able to. However, with this being said, shareholders that hold at least 5% of the capital vote do have the power to call a meeting to discuss a different resolution. As well as this, most shareholders do actually have the power to appoint new directors to the board, so could do this in the hope that they will outvote existing board members and lastly, shareholders can take legal action if they feel that directors are acting unfairly or in breach of their director’s duties.

What is the most effective form of shareholder dispute resolution?

There are number of dispute resolution tactics that can be undertaken when resolving a shareholder dispute. Firstly, negotiation should be considered as this forces shareholders and/or directors to come face to face, explain their positions and come to a compromise. Failing this, mediation can also be considered – mediation is essentially a meeting between the disputing shareholders, but with an independent third party involved to help reach a fair agreement. Stephensons’ commercial litigation team are on hand to help reach a decision which works for everyone involved. Call our team to begin the dispute resolution process today.

What rights do I have as a minority shareholder?

What type of director decisions require the approval of shareholders?

Types of director decisions that have to be run by the shareholders include:

However the terms of any shareholder’s agreement would set out what decisions can be made by which parties.

Can the shareholder dismiss a director?

Not directly, no, but if the shareholder holds more than 5% of the company’s voting rights then they have the power to call a meeting with other shareholders and members of the board to discuss potential dismissal of a company director.

4.7out of 10
Trustpilot logo4.7 score on Trustpilot Based on count 795
Stephensons

It can take years of hard work to build a successful business, and so exiting that business can be a very difficult decision for an owner to make. For others who have an exit strategy in place finding a buyer may be difficult, particularly in certain...

The national law firm, Stephensons, is to move into new premises in St Helens. The firm will close its current office on Corporation Street in the town on Friday January 17th 2020 and move to a new purpose built office space in Century House on Hardshaw... 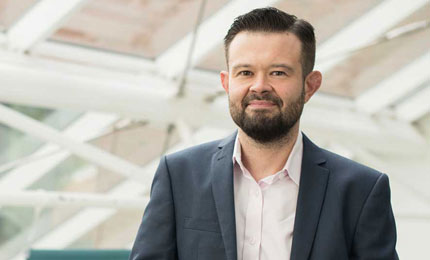