Based on count 1394
View all reviews

Occasionally your employer may fail to pay money that is owed to you. This could include unlawful deductions to your wages or the failure to pay holiday pay or bonuses. There is a three month less one day time limit in which to make a claim for a wage dispute and so it is key that you act as quickly as possible.

If you believe that you have grounds for a claim against your employer and are owed £3,000 or more by them, speak to a member of our specialist employment law team on 01616 966 229 who will discuss the options available to you and advise you on the best route to take to resolve the dispute as quickly as possible.

What is an unlawful deduction of wages?

Employees and anyone who personally provides work or services to another under a contract, provided the person is not a client or customer, has the right not to have unauthorised deductions taken from their wages.

The following list contains examples of the most common types of payments that are classed as “wages” and can therefore be claimed in the tribunal:

The following list contains examples of payments that are not classed as “wages” and therefore must be claimed by issuing a claim for breach of contract:

Are there any circumstances when my employer can make deductions to my pay?

An employer can only deduct wages from an employee if:

4.5out of 10
Trustpilot logo4.5 score on Trustpilot Based on count 1394
Stephensons

All workers are entitled to 5.6 weeks’ worth of leave per year and the amount of statutory annual leave that you are entitled to is determined by the number of days you work per week. For example, if you only work one day per week you will be entitled to take 5.6 days of annual leave over the year. It is at your employer’s discretion whether they include bank holidays as part of your entitlement or if they award you more annual leave than they are legally obliged to.

Holiday pay should be paid at the same amount that you are paid when you are not on holiday. For example, if you are paid £300 per week and you take a one week holiday you should still be paid £300 for that week. If you work irregular hours the amount you will be paid will be based on the mean average amount that you earned in the 12 weeks leading up to your period of leave.

Making a claim for an unpaid bonus

Bonuses are usually dependent on performance and paid at the discretion of your employer. However, they are sometimes contractual and your entitlement to a bonus should be clearly written into your contract of employment if this is the case. If it is not written into your contract but a bonus has previously been paid on the basis of custom and practice you may still be able to make a claim for non-payment.

The first step in trying to resolve a dispute with your employer over their failure to pay money owed to you should be by speaking to them directly. Explain to them that you are aware of your rights as an employee and why you believe that you have not been paid the correct amount.

If you are unable to resolve the issue by talking to your employer about the issue then you should raise a grievance by following your workplace’s grievance process. Include copies of evidence of the failure to be paid correctly such as your contract, and evidence of the payment of bonuses in the past if claiming for the failure to be paid a bonus. If this also doesn’t work to resolve the dispute you should then consider taking your employer to a tribunal. Before you start with the employment tribunal process you will need to contact ACAS who will also see if your dispute can be resolved without need for tribunal through early conciliation.

Employment tribunals should be used as a last resort and it is important that you are aware of the how stressful and costly they can become. If you are owed £3,000 or more by your employer speak to a member of our employment law team on 01616 966 229. Our employment law specialists can advise you on the best route to take to resolve the dispute as quickly as possible and recover the money that you are owed.

It has been reported that in a recent employment tribunal decision, an apprentice hairdresser, who alleged that she had been sworn at, been called “dimlow” and had been told to “grow up” and “pull herself together” by...

The national law firm, Stephensons has been shortlisted in three categories at the forthcoming Modern Law Conveyancing Awards . Stephensons is in contention for Regional Conveyancing Firm of the Year – North of England, as well as National...

Employment for you reorder 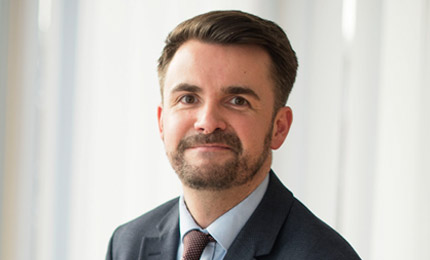