Sentencing for health and safety offences - what sentence will my company receive?

In March 2015 a self-employed subcontractor employed by Whirlpool UK Appliances Limited (Whirlpool) died as a result of an accident on Whirlpool’s premises. The Health and Safety executive (HSE) carried out an investigation and found that Whirlpool had breached Section 3 of the Health and Safety at Work Act 1974. Whirlpool pleaded guilty at the first instance to the breach and were fined £700,000 and ordered to pay costs of £11,466.

Whirlpool later appealed the decision in order to reduce the fine as they argued that the sentencing guidelines had been applied incorrectly and that the fine imposed was excessive. Although the judge was in favour of the defence’s submissions at the first hearing, being that the incident was that of low culpability, category three and a large company the fine received was disproportionate to the profit Whirlpool actually made. The company itself did have a high turnover, but despite this their profitability was low in comparison.

The Court of Appeal highlighted that the starting point for a ‘large’ organisation was £35,000. They followed the trial judge's approach by reducing the starting point to reflect the "strong mitigation" in this case, taking it down to £450,000. It then reduced this by one third to reflect Whirlpool's guilty plea. The appeal court heard evidence that the company had made a loss in the relevant year, however it decided against taking this into account as the loss was the result of "two exceptional items" and the loss did not reflect the company directors' pay resulting in a £300,000 fine. 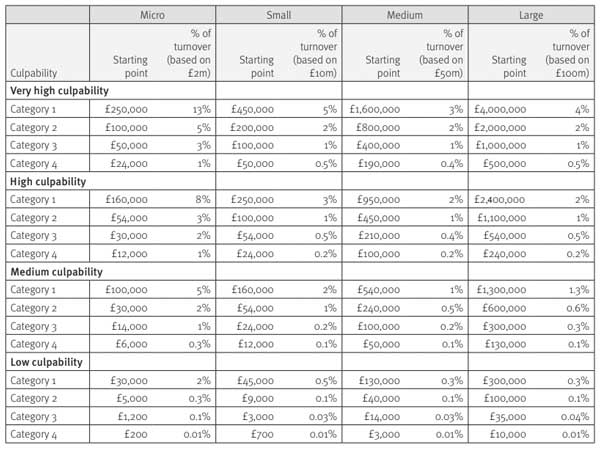 The decision in Whirlpool illustrates that even in the most serious of cases where loss of life occurs, engagement with the Court process, timely admissions and mitigation can have a considerable impact on the penalty imposed. Fines imposed should be proportionate to that of the company’s financial circumstances and the decision provides better guidance in order to determine what fine should be imposed.

It is vital you seek representation from a specialist health and safety solicitor if the HSE issue criminal proceedings against you or your business. This is especially the case given the growing trend for more punitive sentences against organisations and individuals for breaches of health and safety regulations and unlawful deaths.

If you are a business owner or individual under investigation or facing prosecution by the HSE, it is vital you seek specialist advice. Our team at Stephensons has expertise in all areas pertaining to health and safety and regulatory defence, call us now on 01616 966 229.