Based on count 1564
View all reviews

In England and Wales, the police, the Driver and Vehicle Licensing Agency (DVLA) and other organisation, such as insurance companies, use these endorsement codes to classify offences for drink and drug driving.

Both drink and drug driving are serious imprisonable offences that carry with them, if convicted, a criminal record. The severity of the sentence, penalties, fines and other sanctions, such as a driving ban, will depend on the circumstances of each case. In most drink and drug driving cases, a conviction will be considered spent after five years.

Our expert drink and drug driving solicitors have years of experience in defending such cases. For advice and assistance, 24 hours a day, seven days a week, from a qualified drug or drink driving solicitor, contact us today on 01616 966 229.

The following endorsement codes relate to drink driving offences in England and Wales. DR10, DR20 and DR30 are offences that, if you’re convicted, will stay on your driving licence for 11 years. You can expect to receive a driving license disqualification for a minimum of one year together with a fine, a community order or a prison sentence of up to six months.

DR40 and DR50 endorsement codes relate to being in charge of a vehicle, which means being inside the car with the keys but not driving it, while either being over the limit or unfit to be in charge of a car. If you are convicted of a DR40 or DR50 offence then it will stay on your licence for four years from the date of conviction, if a disqualification is imposed, or four years from the date of the offence if you do not receive a driving ban. If you avoid a ban you will receive 10 penalty points on your licence in the alternative. Alongside either a ban or penalty point endorsement, you could also face up to three months imprisonment, a fine of up to £2,500 or a community order.

DR60 and DR70 relate to failing to give a specimen for analysis. A specimen is classed as a sample of breath, urine or blood. If you are convicted of a DR60 offence, you may have to face a maximum fine of £2,500, a community order or a three-month prison sentence. Alongside this the court will decide whether to impose ten penalty points or a disqualification form driving.

If you are found guilty of a DR70 offence, you will then face a fine of up to £1,000 and will incur four penalty points on your driving licence.

Like drink driving, drug driving is a serious offence, which can carry a prison sentence. In 2015, new laws were brought in to deal with driving under the influence of both certain prescription drugs and illegal drugs.

DG10 and DR80 offences will stay on your driving record for 11 years after the conviction. You may also face a minimum of a one-year driving ban alongside an unlimited fine, a community order or up to six months in prison.

A DR60 is one of the most serious drug driving convictions. If you are found guilty, it is highly likely that you will face a prison sentence. The maximum prison sentence for causing death by dangerous driving is 14 years. You will also have your licence disqualified for at least two years and will be ordered to complete an extended re-test before your licence is reinstated.

DG40 and DG90 are both related to being in charge of a vehicle while either being over the legal limit or considered unfit to drive, but not necessarily over the legal limit. Both offences carry the same punishments and sanctions, which are either a driving ban or 10 points on your licence. Alongside that will be a fine. The conviction will also stay on your licence for at least four years from the date of the conviction.

If you need legal advice due to being accused of drug or drink driving, contact us as soon as possible on 01616 966 229. Our expert solicitors are on hand 24 hours a day, seven days a week, to give you tailored advice.

*Where the court chooses not to disqualify as a result of special reasons.

4.5out of 10
Trustpilot logo4.5 score on Trustpilot Based on count 1564
Stephensons

On 10th May 2022, the government announced it was bringing forward changes to driving penalties to meet its longstanding commitment to ensure the courts have the powers they need to deal with offences involving death by dangerous driving and death by ...

HMRC have recently published tax receipt data which shows that the amount received by the government in Inheritance Tax between April and May 2022 has increased by £100 million over the same time last year. It’s probable that this is because... 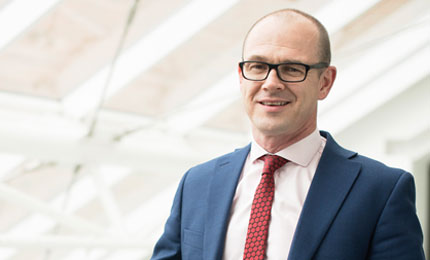