Head of Regulatory and Criminal Justice

Sean qualified as a solicitor in 1998, has specialised in criminal and regulatory law ever since and became a Partner with the firm in 2003. He is recognised as a leading individual by The Legal 500.

He now heads the regulatory, serious fraud and business crime department and has developed a team around these specialities which now consists of six qualified solicitors and higher court advocates and brings together a number of niche areas of white collar crime. As a Magistrates Court and Police Station Duty Solicitor and a Higher Courts (Criminal) Advocate, Sean represents clients throughout the entire criminal process, from interviews under caution through to the Magistrates and Crown Court. He is supervised by Andrew Welch.

Sean and his team defend allegations brought by a variety of enforcement agencies including the Police and Crown Prosecution Service, Customs and Excise, HMRC, Health and Safety Executive, Environment Agency, Environmental Health, Trading Standards, Vehicle Operator Services Agency and a range of professional regulators. The particular areas of expertise of the team that he leads are as follows:

Serious crime, fraud and homicide: Sean has defended over 20 homicide cases including murder, manslaughter, gross negligence manslaughter, causing death by dangerous driving and causing death by careless driving. He has also represented defendants charged with fraud and conspiracy to supply and import large quantities of drugs. He deals with serious fraud, proceeds of crime and confiscation proceedings. Sean is a member of the North West Fraud Forum.

Road transport: He has over ten years experience of regularly representing commercial transport operators (HGV and PCV) at public inquiry before traffic commissioners on all regulatory issues such as repute, financial standing and maintenance. He also defends drivers and operators against criminal prosecutions for drivers hours and tachograph offences in multi-defendant investigations and prosecutions by DVSA. Sean has provided talks and seminars to the transport sector, has regularly contributed articles to the transport trade press and is a member of the RHA and a member of the FTA’s legal panel providing advice and representation to their members.

Professional discipline: He has developed a niche practice advising and representing a range of professionals before their respective regulators, particularly health care professionals. Sean’s health care professional discipline practice has seen him bring appeals on behalf of registrants before the High Court (Saunders v Hearing Aid Council (2010) EWHC 629 (Admin) and Her Majesty’s Judicial Committee of the Privy Council (Holmes v Royal College of Veterinary Surgeons 2011). He is a member of the Association of Regulatory and Disciplinary Lawyers.

Sports law: Sean has also developed a specialism in representing professional and amateur sportsmen and women at sports disciplinary tribunals. He is the solicitor of choice for Wigan Warriors Rugby League Club having represented a number of their first team players, including internationals, in connection with RFL disciplinary tribunals as well as appeals against decisions of the tribunal. He is a member of the Sports Lawyers Forum.

Road traffic offences: Sean has extensive experience of all aspects of road traffic law from speeding to death by dangerous driving and is the resident ‘’ask the expert’ having answered in excess of 1,000 online enquiries in connection with drink driving offences for DrinkDriving.org - Ask a Solicitor.

Inquests: Sean has appeared as advocate at a number of inquests involving a range of causes of death with a particular specialism in inquests into fatal road traffic accidents.

‘Stephensons are a firm with a large criminal department, headed up by Sean Joyce who is a fearless lawyer. He manages the team in a very efficient and effective way and they are highly regarded in the industry for their hard work, good communication skills and for achieving great results.’ - Legal 500, 2022 (General crime)

‘Sean Joyce is an intelligent and adaptable lawyer who is at home in all species of criminal litigation but who has made a specialism of working in cases with a regulatory dimension, such as those from professional or trade discipline or medical background.' - Legal 500 2022 (Crime - Fraud)

Sean is listed in Chambers and Partners 2018 as a leader in his field.

"The ‘tenacious’ Sean Joyce is a Higher Court Solicitor Advocate and heads the regulatory and criminal justice department at Stephensons Solicitors LLP. Joyce is ‘one of the top criminal solicitors in the North West and really fights for his clients’. The department assists clients nationwide and is ‘particularly recommended for its miscarriage of justice work’. Joyce is praised for his health and safety work for individuals and businesses and for his advice on road transport issues." - Legal 500 2018 (General crime)

Sean Joyce is head of the criminal justice and regulatory department at Stephensons and has specialised in this area since qualifying as a solicitor in 1998.

Sean deals with all aspects of the law in relation to defending businesses and individuals in serious crime and fraud cases, regulatory defence, professional discipline, motoring offences and road transport law.

Sean regularly comments on issues relating to the above areas of law in national and specialist publications including:

The Daily Mirror - Mad Friday: Revellers let loose on one of the wildest nights of the festive season​

The Daily Mail - David Beckham gets a six-month driving ban

Mail Online - So did your office Christmas party go with a bang? Fun and frolics descend into fighting and fear as festive drinkers turn Britain's high streets bloody on Black-Eye Friday

He has also appeared on LBC and BBC Humberside Radio and as an expert on ITV’s Judge Rinder’s Crime Stories, series 2 episode 2 and series 3 episode 11. 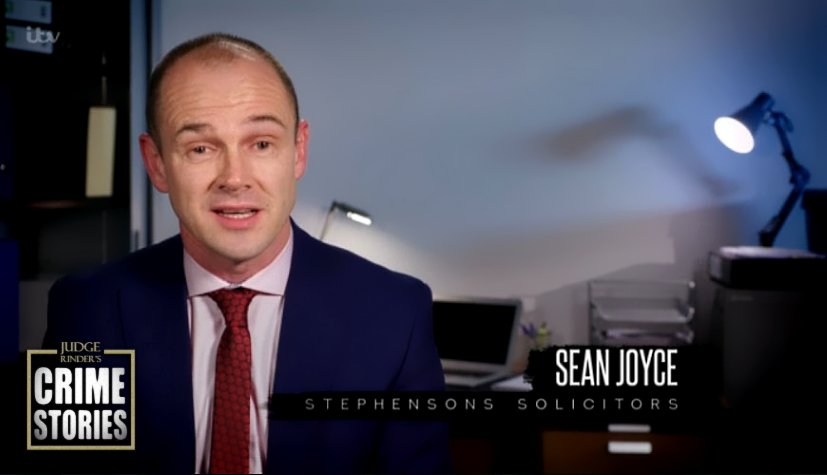