The national law firm, Stephensons, has reported a 24.02% mean gender pay gap for fixed hourly pay as at 5th April 2018.

The firm has reported its gender pay gap in line with the government’s gender pay gap reporting regulations and ahead of the private sector submission deadline of April 4th 2019.

Its mean gender pay gap for bonuses paid in the year to 5 April 2018 is 0.9%, and the median gender pay gap for bonus payments is 21.2%. Over this period, 71.4% of female employees received a bonus payment compared to 28.6% of male employees. Stephensons’ bonus scheme is paid in May of each year and therefore not reflected in these reported figures.

In addressing its gender pay gap, Stephensons is committed to engaging and developing its employees and encouraging greater diversity and inclusion through a range of initiatives. This includes the roll out of agile working across its offices and the promotion of flexible working opportunities for all employees. The firms approach to flexible working has significantly benefited its ability to attract and retain female members of staff.

The firm is also working to develop a new performance review process to ensure that talent is both recognised and rewarded. This will be supported by leadership development programmes for managers within the firm.

Ann Harrison, chairwoman at Stephensons, said: “At present, the vast majority of our support staff and admin teams are female, resulting in a higher than average mean gender pay gap for the firm as a whole. Of course we are focussed on addressing these factors and will continue to closely monitor the situation moving forward.

“While there is more work to do, we are proud that our work on inclusion and diversity is making Stephensons a stronger firm. Looking at the picture as a whole, it’s clear that women are well represented at all levels, in fact 73% of our total workforce is now female. We are committed to encouraging greater inclusion and diversity in our teams and I am confident that the policies and plans we have in place will ensure this good progress continues.” 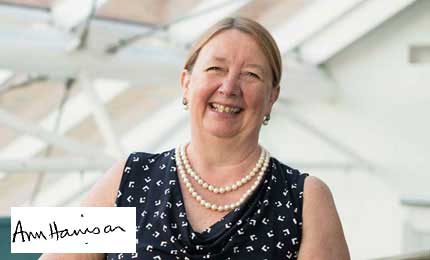 With COVID-19 vaccinations set to be offered to 12- to 15-yeard old’s, family solicitors from a leading UK law firm are anticipating a surge in divorced and separated parents disagreeing on vaccinating their children. “This is...

To mark the 10th World Sepsis Day people are being urged to know the signs of the ‘hidden killer’ so they can get vital early treatment against a disease which can have a catastrophic impact on patients and their loved ones. If undetected...

Stephensons has secured The Law Society’s prestigious Lexcel accreditation for the 11 th year in a row. The Lexcel practice management accreditation is an optional scheme for law firms and in-house legal departments and is awarded to those who...